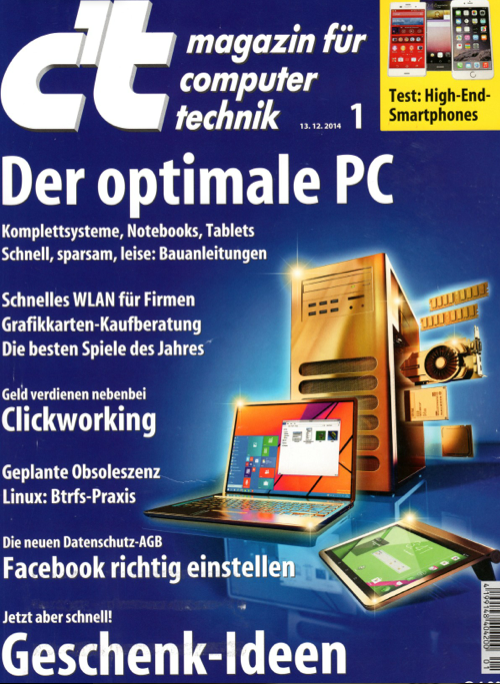 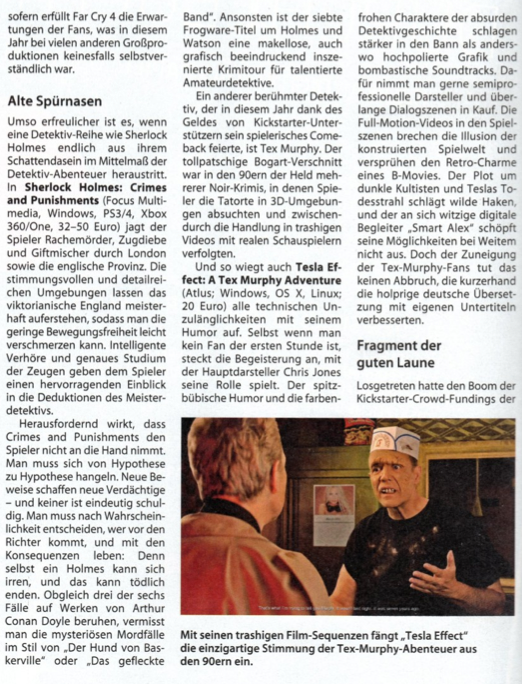 (….first there is a report on Sherlock Holmes: Crime and Punishment in this section which is the other detective video game that they decided was a highlight of 2014, then follows the section on Tex)

Another famous detective who celebrated his comeback this year after a successful crowdfunding campaign on Kickstarter, is Tex Murphy. The bumbling Bogart-esque private eye was the hero of several Noir adventure games in the 90s – players were able to move around and investigate in a fully navigable 3D environment and were able to follow the story with trashy videos with real actors.

Tesla Effect: A Tex Murphy Adventure (Atlus; Windows, OS X, Linux; 20 Euros) manages to gloss over its technical deficiencies with its humour. Even if one isn’t a fan since its inception, the enthusiasm with which Chris Jones tackles the role is infectious. The cheeky humour and the colourful characters of the outlandish detective saga capture one firmly and much more so than some games with highly polished graphics and bombastic soundtracks.

And one gladly buys into the semiprofessional acting and overlong dialogue scenes.
The interactive movie sections disperse the illusion of the constructed game world and exude the retro charm of a B-movie.

The plot around dark cults and Tesla’s death ray twists and turns wildly and the funny digital companion “Smart Alex” doesn’t live up to its potential.

However, none of this has had any impact on the affections of the Tex Murphy fans, who simply improved the severely challenged subtitles with their own, no fuss.
"When you lie down with dogs, you get up with fleas." Jean Harlow

"When you lie down with dogs, you get up with fleas." Jean Harlow