Frewella
161
June 24, 2013 • 12:14 am
in this very place
February 28, 2015 • 2:23 am
Our fellow BFG forum member Stefan passed 4 German TE reviews to me some time ago and I must apologise to him and dear Plumgas for being so long with the translations. I have the first right here and I will do one a day until all four are posted. PROMISE!

Here is the first: 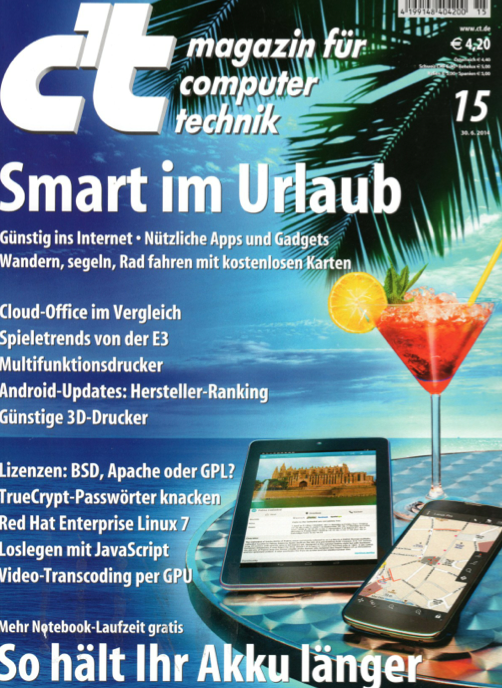 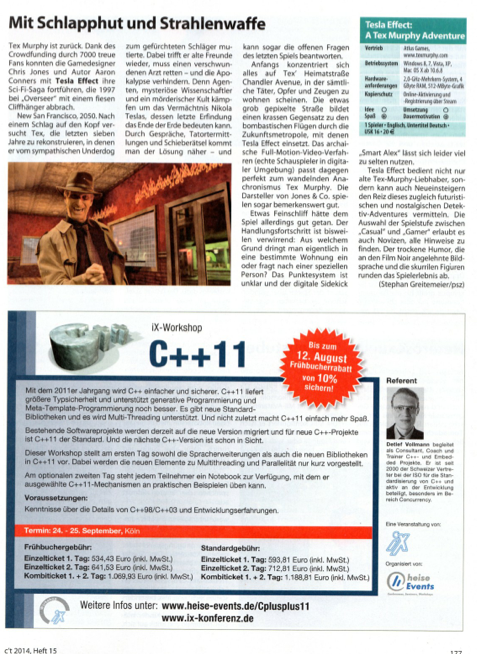 With Floppy Hat and Ray Gun

Tex Murphy is back. Thanks to the crowdfunding by 7000 loyal fans, game designer Chris Jones and author Aaron Conners are able to continue the sci-fi story with Tesla Effect. The last instalment Overseer had ended in 1997 with a nasty cliffhanger.

New San Francisco, 2050. After a bang on the head Tex tries to reconstruct the last 7 years during which he transformed from likeable underdog to feared hard case. Whilst doing so, he revisits old friends, has to save a doctor who has disappeared – and prevent the apocalypse. Secret agents, mysterious scientists and a deadly cult all fight for the legacy of Nikola Tesla, whose last invention could mean the end for the Earth.

Through discussions, crime scene investigations and puzzles the solution becomes tangible – and it is possible to answer some of the open questions from the previous game.

At the beginning, everything focuses on the street where Tex lives, Chandler Avenue, where almost all victims, witnesses and bad guys seem to live. The somewhat roughly pixellated street scene is a big contrast to the bombastic flights through the futuristic metropolis with which Tesla Effect commences. The archaic FMV (real actors in digital surroundings) does however fit perfectly with the changing anachronism: Tex Murphy. The actors used by Jones & Co. do their jobs remarkably well.

A little more polish would have been good for the game. The storyline is occasionally bewildering: Why does one have to enter a certain apartment or why does one ask about a specific person? The scoring system is unclear and the digital sidekick “Smart Alex” is unfortunately not useable often enough.

Tesla Effect does not only satisfy old Tex Murphy fans; this at once futuristic and nostalgic detective adventure successfully provides an attraction for gamers new to the franchise. The choice of either “casual” or “gamer” also allows novices to find all hints and solutions. The dry humour, the heavy visual nod to Film Noir and the comical characters complete the gaming experience.
"When you lie down with dogs, you get up with fleas." Jean Harlow